Gyokuro tea is known to be one of the favorite choices of the Japanese for more than two centuries. However, it is now available widely all over the world, and if you are considering this, it will be beneficial to know the benefits it holds.

Gyokuro tea is actually a variety of shaded green tea, which is made from a unique variant of the plant of Camellia Sinensis. It is traditionally known as Sencha in Japan, but it’s slightly different, which bears a pale-green color while infusing. It also features a unique brewing technique. Taste of this is similar to that of other common green teas; however, it is slightly milder compared to other variants and possesses a moderate amount of caffeine too like the traditional green teas.

Gyokuro tea is premium high grade as a result of its special processing methods in making it. Gyokuro has dark green leaves, which are needle-shaped, which is rarely available. Gyokuro also has a unique marine-like soft flavor with a wonderful fragrance. It is not like any other teas you may have tasted, and for tea lovers, their experience may not be complete without exploring Gyokuro tea.

Gyokuro may have first grown back in 1835, and nowadays, apart from Japan Asahina region, this tea is produced in Yame and Uiji provinces also. Gyokuro tea is also called Jade Dew and Pearl Dew, which is only harvested once a year and undergoes a very special method of processing. This makes Gyokuro so expensive and rare, but for the tea lovers, it is fully worth the investment made for it. In terms of health also, gyokuro tea benefitsare many.

As discussed, Gyokuro tea is now grown under unique conditions than other green teas. Through this, Gyokuro undergoes alteration in its chemical composition to make it unique. It is primarily grown in the rainy and misty climate of the low-altitude regions than Sencha, which is another common Japanese green tea variant.

The tea bush is kept covered with black curtain a few weeks before plucking the leaves. Bamboo straws are also used for shading, which filters out 90% of the sunlight from falling directly on to the leaves. This affects the photosynthesis process of the plant and increases the chlorophyll content in it. With this, the leaves tend to be dark green, and tannin content also gets reduced by making Gyokuro much sweeter as well as less astringent.

Some of the known benefits of Gyokuro tea include its:

– Capability to reduce the oxidative stress

As per expert opinion, Gyokuro tea is considered as one of the most precious variants of noble tea variants from all over the globe.

You may also eat raw Gyokuro tea leaves as they are tender and soft. It also follows strict measures in terms of harvesting, steaming, rolling, drying, firing, and maturing it to pack it as the unique blend of Gyokuro tea ultimately. 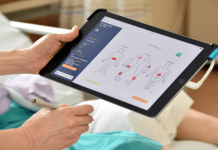 The Benefits of AI to the Wound Care Industry 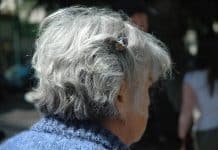 DIY Marketing vs. Hiring an Agency: What’s Right for You?﻿

Which ginseng is best for erectile dysfunction?