In recent times, the United States has held a position on healthcare that is seen as controversial at best and barbaric at worst, by the rest of the developed world. Whereas it is common practice to have a system of universal healthcare or a single-payer system in nations across the European Union, Australia, New Zealand, and other developed nations, the United States continues to utilize a system that costs more per capita than any other nation on Earth. This cost shows a trend that continues to increase annually. In addition, burnout among health professionals continues to increase as overworked and overwhelmed resident physicians struggle to maintain a backbreaking workload as they experience a higher depression and suicide rate than any other profession.

Considering the negative effect that burnout has on patient performance and consequently patient safety, as well as the rising costs of healthcare that the patients have to shoulder, it is clear that the quality of inpatient care is on the decline, if not objectively then for what it costs both the patients and their physicians.

Case studies and analysis of trends state that in the United States between 2005 and 2014, the cost for people who received medical help in an inpatient stay increased by 12.7%, from $9,500 to $10,900. This increase in cost is counterintuitive, considering that the rate of inpatient stays decreased by 10-15% due to efforts to reduce unnecessary hospitalization, advances in chronic disease management programs, and a shift towards outpatient care. In comparison with other countries in the Organization for Economic Cooperation and Development (OCED), the United States spent $8,713 per capita, a 28% increase over the second place, Switzerland with $6,325 per capita. Despite Switzerland having a similar healthcare system to the United States in that citizens must purchase individual policies, Switzerland was rated the 3rd best system on the planet according to the Healthcare and Quality Index published by The Lancet in 2017. In contrast, the U.S. scored only 35th. While these can be argued as indicators for alarm for the overall healthcare system as opposed to only the inpatient services, those services form the bulk of healthcare costs for the patient, with daily inpatient costs ranging from $1800-2300 on average across the U.S. When considering the continuously increasing price of inpatient services compared to the stagnating quality of healthcare when compared to other developed nations, it is easy to conclude that inpatient services are on the decline relative to their cost.

Burnout can be seen in any profession. However, few professions directly affect the health of the average citizen as much as a physician. A recent study published by Johns Hopkins found medical errors to be the third leading cause of death in the U.S. The mind-numbing schedule that physicians are subjected to causes a steady decline in efficiency and effective cognition due to fatigue and exhaustion. This decline inevitably leads to greater errors being made on medical charts, treatment plans, and patient handovers. Also, fatigue leads to poor motivation, leading physicians to become more apathetic with their jobs, and even developing negative attitudes towards their patients. The rise of burnout rates and depression in the hospital leads to an overall downward trend in inpatient quality and care, contributing significantly towards a decline in global inpatient services.

While there are many more factors involved in the quality of inpatient care, including hospital budgets, pharmaceutical prices, and support staff, it can be clearly seen from the staggering increase in both inpatient costs and physician burnout that inpatient services around the United States are on the decline. A combination of exorbitant costs and overworked doctors inevitably leads to a poor quality of care that is not worth the money being invested in it. Progress towards improving this ailing system can be made in the form of overhauling cost of care in the United States as well as work schedules for health professionals. Unfortunately, both of these solutions are mired in controversy within both the political sphere and the larger overall public perception of the healthcare system. 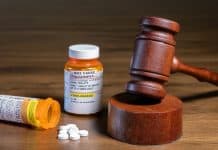 Zantac Lawsuit: Why Was The Drug Pulled Out From Pharmacies? ﻿

Can sex dolls be a cure for loneliness?

How Games Can Help Improve Your Mental Health

How to Write an Excellent Essay in College

Addressing the Negative Stigma Around Liposuction

8 traits of a smart kid you can possess too